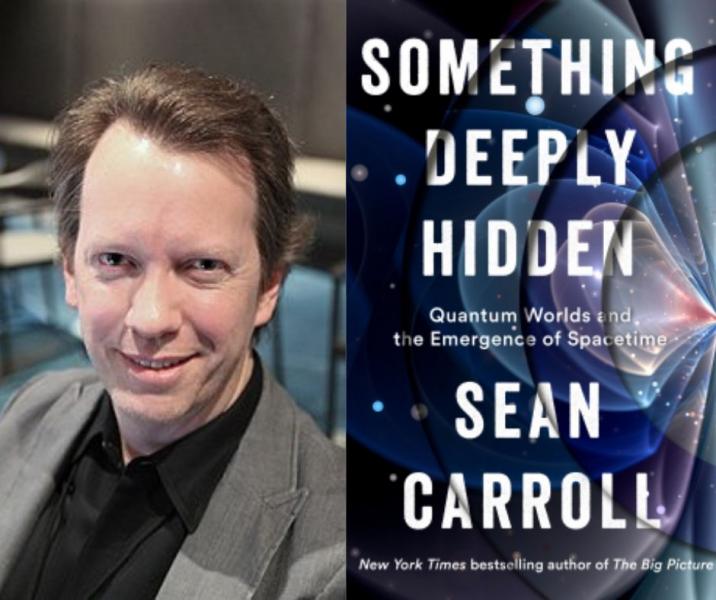 Quantum Worlds and the Emergence of Spacetime

As you read these words, copies of you are being created.

Sean Carroll, theoretical physicist and one of this world's most celebrated writers on science, rewrites the history of 20th century physics. Already hailed as a masterpiece, Something Deeply Hidden shows for the first time that facing up to the essential puzzle of quantum mechanics utterly transforms how we think about space and time. His reconciling of quantum mechanics with Einstein's theory of relativity changes, well, everything.

Most physicists haven't even recognized the uncomfortable truth: physics has been in crisis since 1927. Quantum mechanics has always had obvious gaps--which have come to be simply ignored. Science popularizers keep telling us how weird it is, how impossible it is to understand. Academics discourage students from working on the "dead end" of quantum foundations. Putting his professional reputation on the line with this audacious yet entirely reasonable book, Carroll says that the crisis can now come to an end. We just have to accept that there is more than one of us in the universe. There are many, many Sean Carrolls. Many of every one of us.

Copies of you are generated thousands of times per second. The Many Worlds Theory of quantum behavior says that every time there is a quantum event, a world splits off with everything in it the same, except in that other world the quantum event didn't happen. Step-by-step in Carroll's uniquely lucid way, he tackles the major objections to this otherworldly revelation until his case is inescapably established.

Rarely does a book so fully reorganize how we think about our place in the universe. We are on the threshold of a new understanding--of where we are in the cosmos, and what we are made of.

SEAN CARROLL is a theoretical physicist at the California Institute of Technology, host of the Mindscape podcast, and author of From Eternity to Here, The Particle at the End of the Universe, and The Big Picture. He has been awarded prizes and fellowships by the National Science Foundation, NASA, the American Institute of Physics, and the Royal Society of London, among many others. He lives in Los Angeles with his wife, writer Jennifer Ouellette.

Something Deeply Hidden: Quantum Worlds and the Emergence of Spacetime (Hardcover)